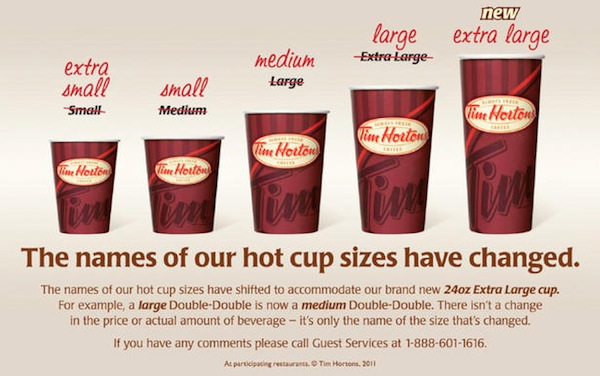 The new Tim Hortons cup sizes are available in all markets after being tested in select locations over the past several months. (TIM HORTONS / HANDOUT)

Ordering a beverage at Tim Hortons today could throw you off if you’re not familiar with the new cup sizes.

Beverage prices won’t change because of the new sizes, only their names.