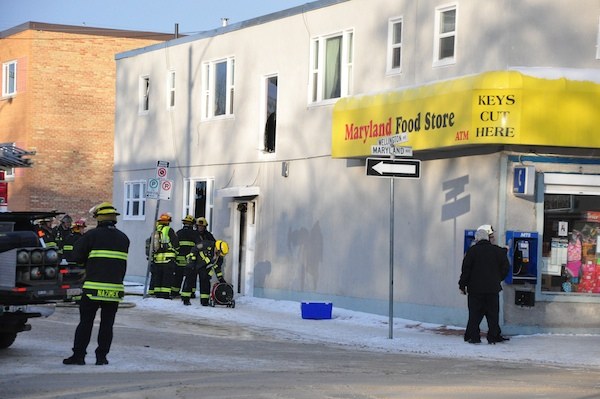 WINNIPEG — An apartment fire at Maryland Food Store had several streets in the area closed Wednesday morning at the corner of Maryland Street and Wellington Avenue.

The blaze started just before 9 a.m. on the main floor of the grocery store. Tenants were evacuated from the two-storey building through windows and led to safety. As many as five people were treated on scene for smoke inhalation.

Firefighters had the fire under control about 20 minutes later and streets reopened to traffic at around 10 a.m.

No injuries were reported and the cause is still under investigation. No damage estimate has been released.