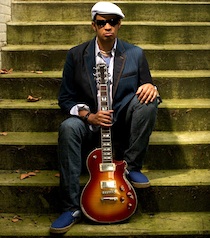 The West End Cultural Centre will be filled with the sounds of soulful tenor Raul Midón tonight.

The solo jazz artist has been raved about in the New York Times and was a hit at the 2010 TD Winnipeg International Jazz Festival. Before venturing out on his own, Midón worked as a backup singer in Miami for such artists as Julio and Enrique Iglesias, Shakira, and Ricky Martin.

Tickets for tonight’s show are $25 in advance at JazzWinnipeg.com or $30 at the door. Showtime is 8 p.m.