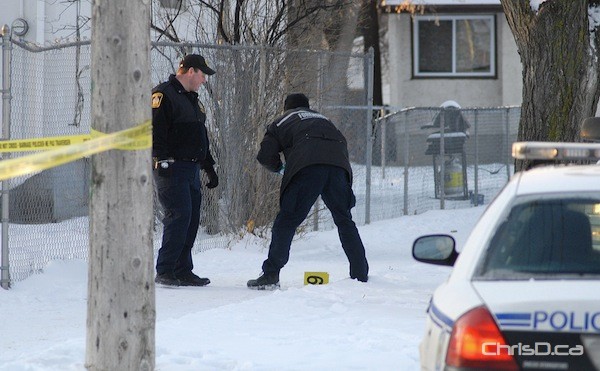 Three people have been charged after a man and a woman, both 29, were stabbed early Wednesday morning at a home in the 400 block of Bannerman Avenue (above). The woman has been upgraded to stable condition, while the man is still listed as critical. Three males, aged 17, 18 and 21, are facing numerous charges. The suspects were known to the two victims, according to Winnipeg police. (STAN MILOSEVIC / MANITOBAPHOTOS.COM)

← Previous: Weather Network HD as Popular as the Weather Itself Next: Warming Huts Taking Shape at The Forks →
Tags: Crime | Winnipeg Police