Home » News » Weather Network HD as Popular as the Weather Itself

Weather Network HD as Popular as the Weather Itself 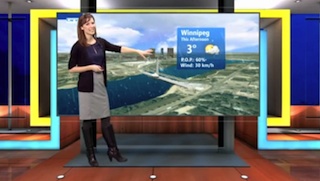 WINNIPEG — If you’re a weather fanatic and a Shaw Cable subscriber in Winnipeg, you may just have to wait a little while longer to enjoy The Weather Network in high-definition.

The Pelmorex Media-owned broadcaster flipped the switch on its HD signal last May and has been offering weather forecasts, news and its regular features in crisp quality since then.

Three cable providers currently carry the HD feed across the country, including Cogeco, Rogers Cable and MTS TV in Manitoba.

“As I’m sure you will agree, weather information is very important to us Manitobans, and MTS was pleased to add this channel to our lineup as soon as it became available to us,” said MTS spokesperson Sylvie Houghton. “The Weather Network has a long history of being innovative and leading in the industry and it has proven very popular with our customers.” 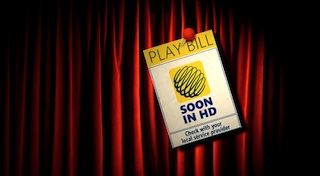 Local viewers have recently become vocal on when Shaw might be adding the ultra-sharp channel to its programming lineup.

“We’re always looking to add new channels wherever possible in bringing our customers the best in entertainment and latest channels,” said a Shaw spokesperson. “We’re constantly adding new networks to our lineup.”

On Tuesday, the Canadian Radio-television and Telecommunications Commission (CRTC) said TWN must be included in all carrier’s basic television packages until September 2018. The HD feed? That’s not a requirement and is part of a provider’s premium pay packaging.

TWN makes it clear that its standard-definition feed varies in some respects from its HD simulcast. Regional information on the HD feed may be more widespread than the traditional channel, which is more accurate in providing strictly local weather information. The network says it plans on launching fully local HD information in the coming months.