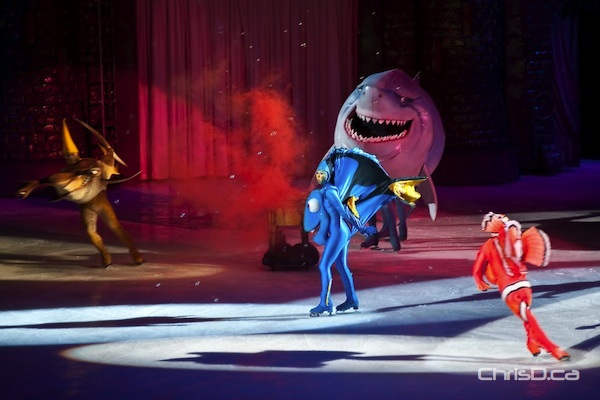 Characters from "Finding Demo" perform during the opening night of Disney On Ice at MTS Centre on Thursday, January 26, 2012. The 100 Years of Magic celebration runs until Sunday. (TED GRANT / CHRISD.CA)

More than 60 Disney characters thrilled thousands of youngsters at Winnipeg’s MTS Centre on Thursday night as Disney On Ice opened.

The spectacle is in the city for three days, running until Sunday. Mickey and Minnie led the fun, entertaining the audience with moves choreographed by Emmy award winner and Canadian figure skater Sarah Kawahara.

Tickets for Disney On Ice: 100 Years of Magic are on sale now at Ticketmaster for the remaining shows. Prices start at $15.