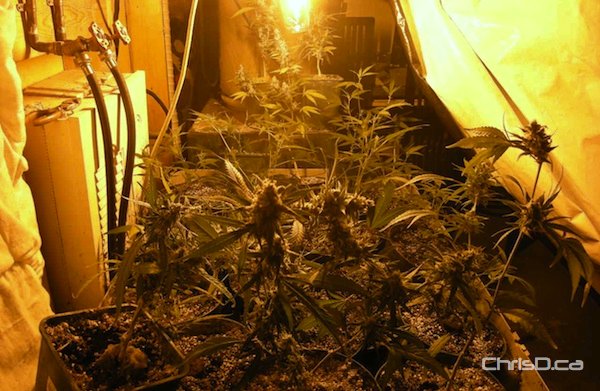 RCMP seized a large quantity of marijuana and grow-op equipment from a home in Dauphin. (RCMP HANDOUT)

A Dauphin man is facing charges after a marijuana grow-op was raided in the community earlier this month.

RCMP seized 53 marijuana plants in various stages of growth, as well as a quantity of drying marijuana and related growing equipment.

The seizure occurred at a residence on 10th Avenue S.W. in Dauphin on the evening of January 20.

The 54-year-old man was released from custody and will make his first court appearance in Dauphin on March 6.