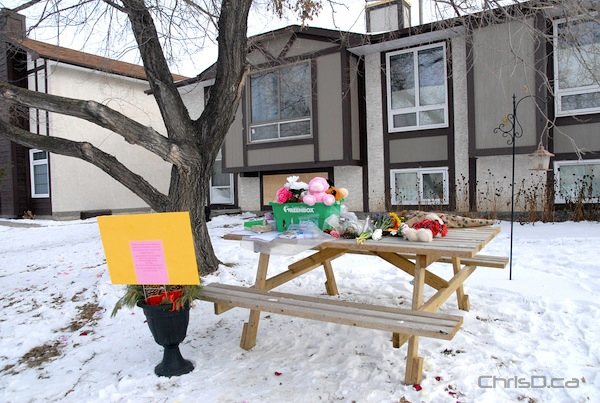 A memorial sits outside of 11 Woodlark Place over the weekend -- the scene where four people were killed January 24, 2012 in a tragic house fire. Two adults, 33 and 60, and two children, age nine and four, died in the fire. A four-month-old child died in hospital a few days later. A memorial service in honour of the family is being held tonight at the Grand Mosque at 2445 Waverley Street from 6:30 p.m. to 8:30 p.m. Donations to assist the father, Hamid Farooq, in burying the family in Pakistan can be made at any Assiniboine Credit Union location under the name "Team 204." (STAN MILOSEVIC / MANITOBAPHOTOS.COM)