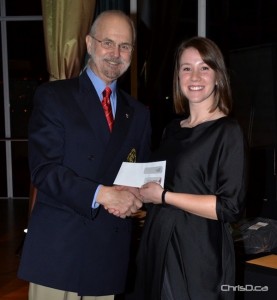 Andrew Lamont of the Winnipeg Rowing Club received the president’s award for outstanding service to the sport of rowing over a number of years. Lamont was selected for his long-time involvement with the RCA as past president of the Manitoba Rowing Association, and also for his achievements as a competitive athlete and advocate of rowing.

Nia Perron received the Tony Zasada Memorial Scholarship Award for her involvement in rowing as a competitive athlete and coach, as well as academic achievement. Perron is also a member of the Winnipeg Rowing Club.