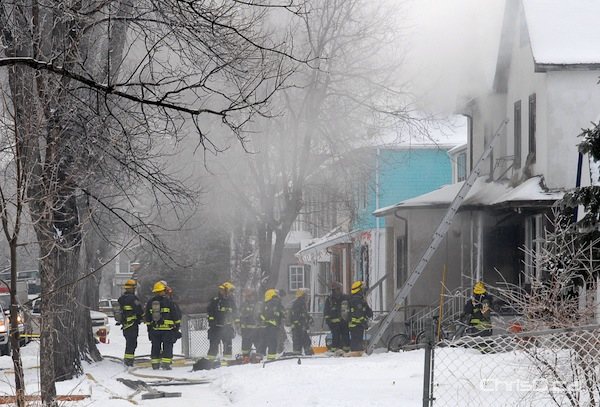 Firefighters extend a ladder to the second floor of a home on Bannerman Avenue on Wednesday, February 1, 2012. (STAN MILOSEVIC / MANITOBAPHOTOS.COM) 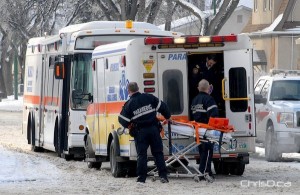 Paramedics take out a stretcher to transport a resident from inside the home to hospital on Wednesday. (STAN MILOSEVIC / MANITOBAPHOTOS.COM)

One man was taken to hospital in critical condition — where he was later upgraded to stable — while three others made it out unharmed.

Heavy smoke could be seen billowing out from the two-story house, as area streets were blocked to traffic while firefighters worked to contain the blaze.