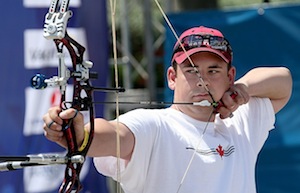 The complete Canadian roster is available at ArcheryCanada.ca.