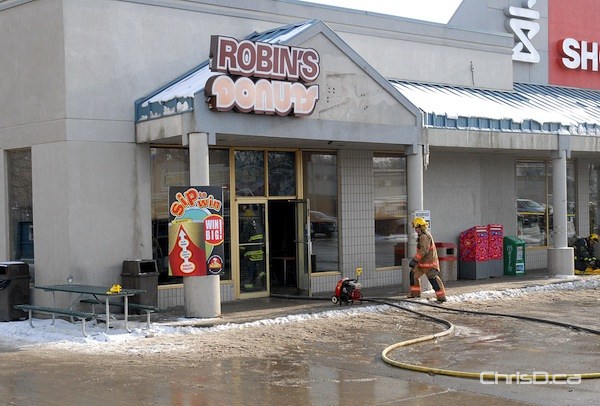 A firefighter enters a Robin's Donuts in the 1100 block of Main Street after a fire broke out on Thursday, February 2, 2012. (STAN MILOSEVIC / MANITOBAPHOTOS.COM) 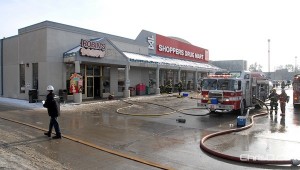 A Robin's Donuts and Shoppers Drug Mart on Main Street were evacuated Thursday due to a fire. (STAN MILOSEVIC / MANITOBAPHOTOS.COM)

WINNIPEG — Two businesses in the 1100 block of Main Street were evacuated Thursday afternoon when a fire broke out.

Firefighters responded to the Robin’s Donuts location between Redwood and Mountain Avenues just before 2 p.m. The fire was brought under control and a neighbouring Shoppers Drug Mart was evacuated as a precaution.

Traffic in the area was blocked off by police as emergency personnel tended to the scene.

There were no reported injuries and everyone inside made it out safely.