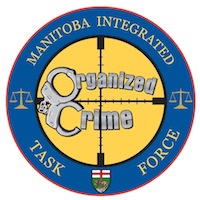 WINNIPEG — Winnipeg police, along with RCMP and the Brandon Police Service, have charged 13 individuals from Manitoba and Alberta as part of a long-term drug trafficking investigation.

During the numerous searches that took place, police seized 6,912 grams of cocaine, 465 grams of crack cocaine, 272 grams of methamphetamine, 9,811 tablets of ecstasy, 1,063 grams of MDMA, 501 tablets of oxycodone and 891 grams of marijuana. The value of drugs seized is estimated to be just over $1 million.

View the photo gallery below:

Police have put out warrants for the following six individuals, all from Winnipeg, who are also facing drug-related charges:

The investigation was led by the Manitoba Integrated Organized Crime Task Force. Additional arrests and charges are being contemplated pending further investigation.