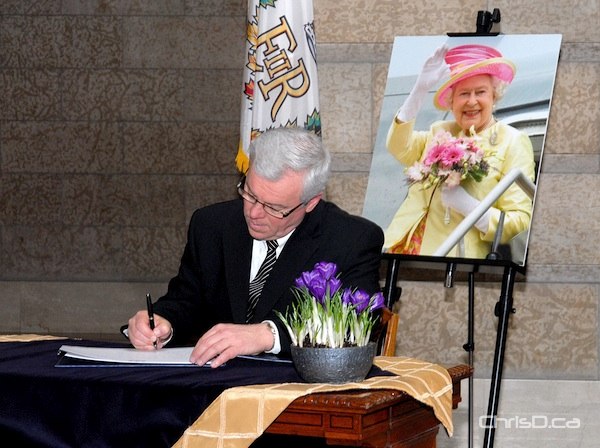 Lt.-Gov. Philip Lee and Premier Greg Selinger then both signed a book of celebration, which will be open to the public for three months in the foyer of the Manitoba Legislature.

An ice sculpture near the statue of Queen Victoria was later unveiled on the north lawn.

An architectural lighting display at the Legislature can be seen each evening from 6 to 10 p.m. until Sunday, February 12.