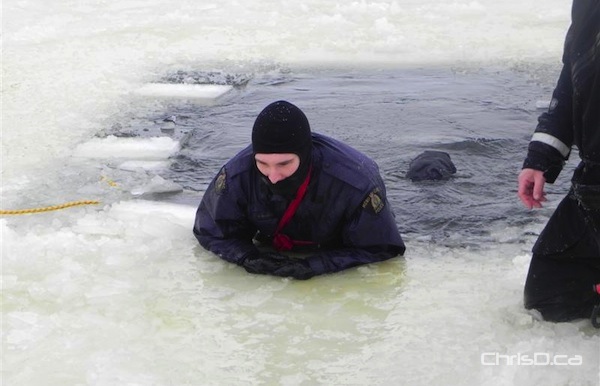 Ice rescue experts were contracted to teach RCMP a two-day course held in Thompson and Island Lake. Officers were required to enter the cold water through a hole cut in the ice in order to practice classroom techniques. They spent five hours in the frigid water while wearing dry suits. Some officers entered the water without a dry suit, wearing everyday winter gear.

The officers trained often patrol remote areas that are surrounded by lakes and rivers, as well as winter roads that travel the frozen waterways in Northern Manitoba.