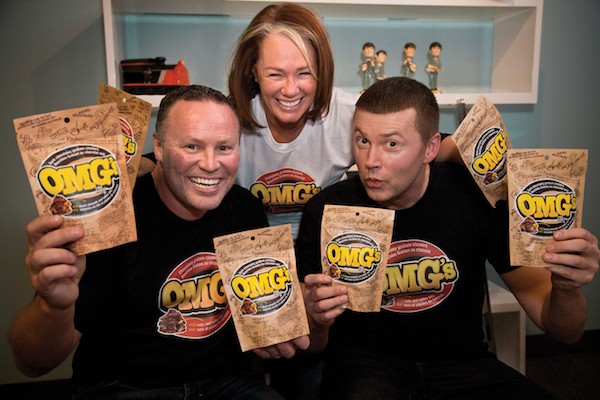 Two Winnipeg entrepreneurs have secured the backing of a well-known investor to launch a new candy product.

Emery and Finnson are best known for their previous creation, Chris and Larry’s Clodhoppers, which they sold in 2006 to Abbotsford-based Brookside Foods.

“Larry and I missed working together doing something we love to do, which is to satisfy candy lovers across Canada, so we decided to do it all over again,” said Chris Emery, co-founder of OMG’s Candy.

The duo will create their product in Winnipeg, and will have it on store shelves nationwide beginning in the first week of March at Shoppers Drug Mart and the first weeks of March at Loblaws, Zehrs and Atlantic Superstore.

← Previous: Another Cold One Out There, Winnipeg Next: Multiple Pembina Highway Lanes Closed on Sunday →
Tags: