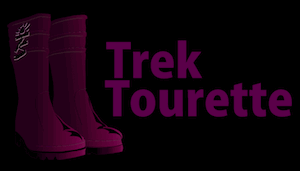 The Winnipeg chapter of the Tourette Syndrome Foundation of Canada (TSFC) will hold a national fundraising event in the city on Sunday, March 25.

The 4th Annual Trek for Tourette is a fundraiser for Tourette Syndrome (TS) that will make its way through Canadian communities. TS is a unique neurological disorder affecting as many as one in 100 Canadians, and currently has no cure.

“With one in 50 kids being diagnosed with TS and/or one of it’s co-morbid conditions like Obsessive-Compulsive Disorder and ADHD, it’s time we as a nation recognize that neurological disorders are mainstream and growing rapidly in the frequency of their diagnosis,” said national president Janet Rumsey.

Registration for the five kilometre run or walk at Assiniboine Park can be done at Tourette.ca. The Trek will begin at 11 a.m.

Prizes are given to those who pledge $50, $125, and those who raise the most at each Trek location across Canada. Lunch will also be provided to participants after the Trek.

← Previous: Handful of City Locations in the Finals as 'Great Places' Next: U of W Collegiate Launches 3D Website →
Tags: Charity