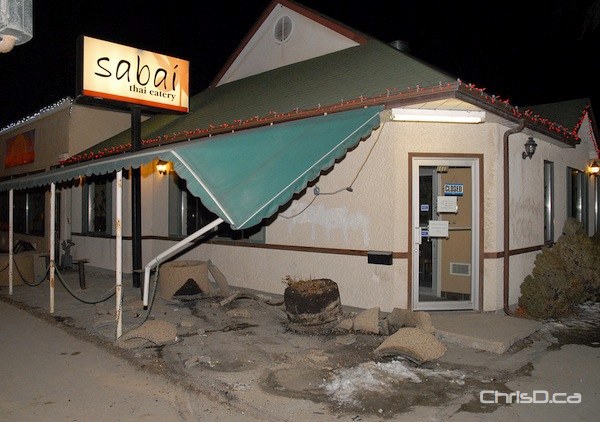 A vehicle crashed into Sabai Thai Eatery at 1113 Corydon Avenue shortly after 5 p.m. on Sunday, February 12, 2012. The building itself appears to have avoided any damage, but planters and an awning weren't so lucky. No word if the driver suffered any injuries in the crash. It's reportedly the second time in a year that a vehicle has hit the restaurant. (STAN MILOSEVIC / MANITOBAPHOTOS.COM)