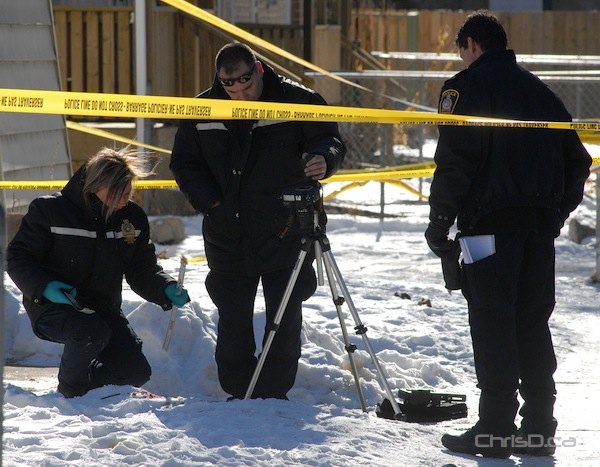 Winnipeg police identification officers work at the scene of a homicide in the 600 block of Simcoe Street Sunday, February 12, 2012. (STAN MILOSEVIC / MANITOBAPHOTOS.COM) 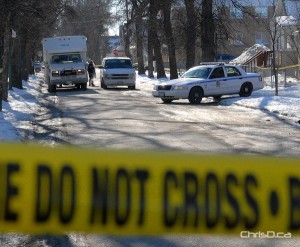 Winnipeg police are investigating the city’s third homicide of the year after a man was found in critical condition early Sunday.

Emergency personnel located the man outside in the 600 block of Simcoe Street near Wellington Avenue at about 4 a.m. He was taken to hospital where he was later pronounced deceased.

The man’s identity hasn’t been confirmed by investigators and the cause of death won’t be known until an autopsy is performed.

UPDATE: Monday, February 13 — The victim has been identified as Walter Madonick, 55, of Winnipeg