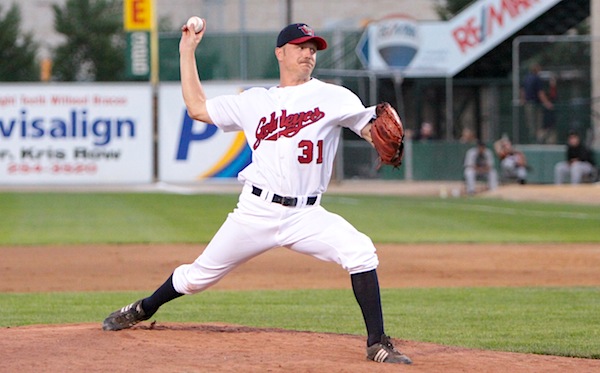 The Winnipeg Goldeyes have re-signed their powerful right-handed pitcher for a fifth season.

Ace Walker will join the Fish again as the most prolific starting pitchers in Goldeyes history, the team announced Monday.

“If you look over the past few years and the number of games he’s won and the number of innings he’s pitched, there’s not too many guys in independent baseball that have accomplished that,” manager Rick Forney said. “He’s about as reliable as they come in terms of starting pitching in independent baseball. He’s going to take the ball every fifth day and pitch into the sixth or seventh inning. If a guy can be that consistent, your team is obviously going to have a chance to win.”

The Goldeyes now have seven players signed for the 2012 season, including two pitchers and five position players.