Home » News » Pedestrian Killed by Vehicle at Jubliee and Osborne

Pedestrian Killed by Vehicle at Jubliee and Osborne 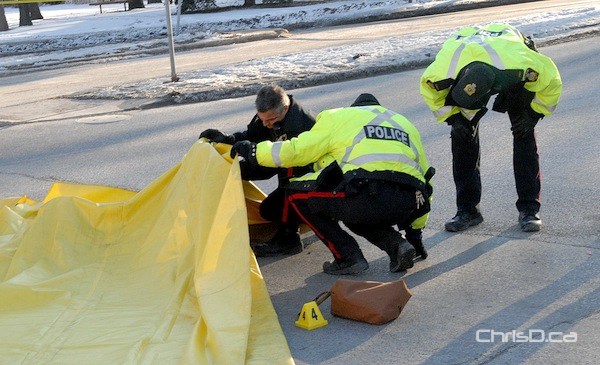 Winnipeg police investigate after a woman was hit and killed by a dump truck at Jubilee Avenue and Osborne Street on Monday, February 13, 2012. (STAN MILOSEVIC / MANITOBAPHOTOS.COM) 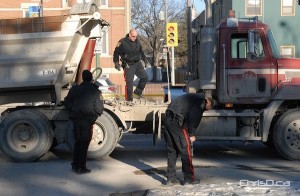 A dump truck sits idle after being involved in a crash with a pedestrian on Monday. (STAN MILOSEVIC / MANITOBAPHOTOS.COM)

An elderly woman was killed Monday afternoon after being struck by a dump truck.

Shortly before 3 p.m., emergency personnel were called to the area of Jubilee Avenue and Osborne Street. A yellow tarp covered the woman’s body as collision analysts investigated the scene.

The woman was hit after she attempted to cross eastbound Osborne and was hit by the southbound travelling truck.

Charges are not pending against the driver of the truck.