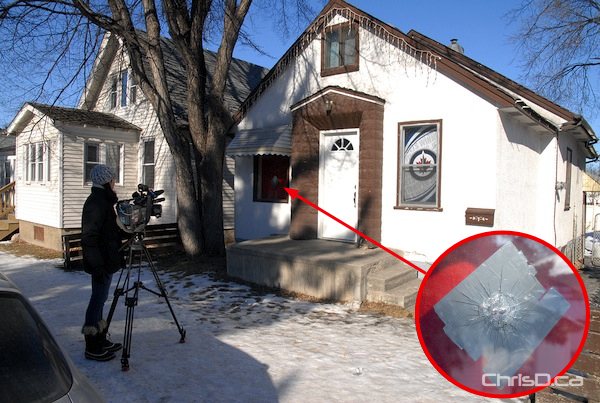 A CTV camerawoman films the outside of a residence at 247 McIntosh Avenue on Sunday, February 12, 2012. Winnipeg police are investigating after shots were fired at the home sometime after 1 a.m. on Sunday. Two men were home at the time of the incident, but were not injured. No arrests have been made. (STAN MILOSEVIC / MANITOBAPHOTOS.COM)