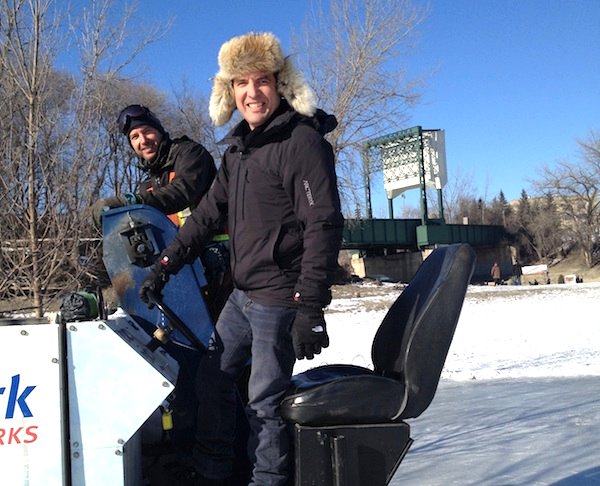 Canadian comedian Rick Mercer made a surprise visit to The Forks on Sunday, where he hopped on an ice resurfacer for an upcoming segment of his show.

The host of “Rick Mercer Report” was in the city doing a story on the many attractions at the popular tourist destination, including the warming huts and river trail.

The segment will air in the next two weeks, according to our friends at Metro Winnipeg.

Hours before arriving, Mercer sent out the following tweet:

Heading to Winnipeg. Its been too long.