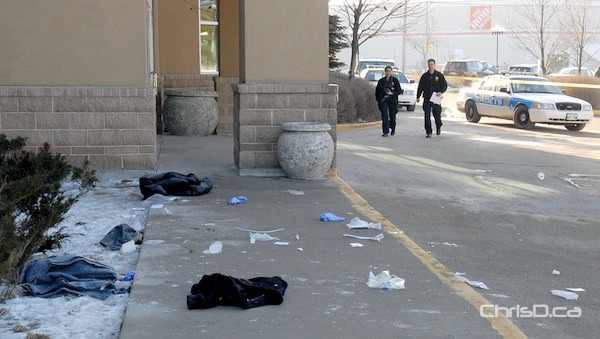 Items of clothing sit outside Canad Inns Polo Park on Tuesday, February 14, 2012. A man was stabbed early Tuesday and has since died in hospital. (STAN MILOSEVIC / MANITOBAPHOTOS.COM) 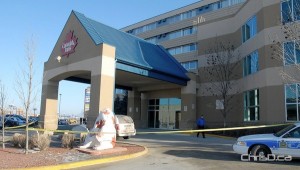 Winnipeg now has its fourth homicide of the year after a man was stabbed in St. James early Tuesday morning.

The victim was stabbed at Canad Inns Polo Park at around 1:40 a.m. and was taken to hospital in critical condition. He later succumbed to his injuries.

Another man was also rushed to hospital after being stabbed at the hotel. He is listed in stable condition.

The homicide unit is interviewing a number of people and continues to investigate.

UPDATE: Wednesday, February 15 — The victim has been identified as Wahbishkanacot Mandamin, 18, of Ontario. A cause of death has yet to be determined. No arrests have been made.