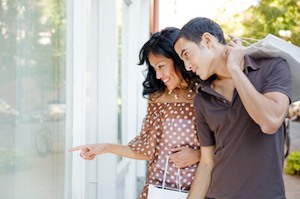 The way consumers window shop could be changing after a large investment into cutting-edge research.

A University of Manitoba researcher has been given just over $700,000 to develop see-through display devices over the next three years and use software to track data.

Pourang Irani, founder of the Human-Computer Interaction laboratory, received the funding from the Natural Sciences and Engineering Research Council of Canada (NSERC) on Monday.

Irani will investigate the use of see-through displays, which are already being used in stores where an interactive touch screen allows shoppers to browse product images and purchase with their fingertips, all through their store-front display window. As part of the funding, Irani will also develop technology that will make it easier for large organizations, such as hospitals, airports, and nuclear facilities to track daily activities.

Another U of M researcher also received funding on Monday to track and source sediments and phosphorous in two watersheds — one in New Brunswick, the other in Manitoba.

David Lobb of the Faculty of Agricultural and Food Sciences will receive $523,920 as part of his research.

← Previous: Al Simmons and Friends Performing at the Park Theatre Next: Sport Film Festival Opens with Screeners at U of M →
Tags: Retail | University of Manitoba