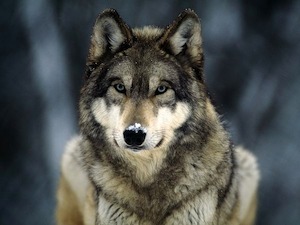 Thompson, Manitoba could soon be referred to as the Wolf Capital of Canada. (NATIONAL GEOGRAPHIC)

An upcoming conference in Thompson will highlight the province’s potential to make Manitoba the wolf capital of the Canada.

The population of wolves in the province is relatively unknown, but the species roams from the parkland region to boreal forest, taiga, and coastal region of Hudson Bay.

From October 23-24, the International Wolf and Carnivore Conference in Thompson will have experts sharing information on the newest wolf research, wolf management issues, and ecotourism opportunities.

A Wolf Development Strategic Plan will be developed with the objectives to promote Thompson as the Wolf Capital of Canada, UCN as a Wolf Centre of Excellence at the new campus under construction in Thompson, and Manitoba as a world leader in wolf management. The goal is to build a “wolf economy” for Manitoba by 2015. The same year, the Wildlife Society will host its international conference in Winnipeg, where about 1,500 wildlife professionals and students will visit the city October 17-22.