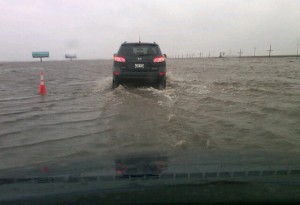 Forecasters in the United States are predicting a low flood risk for the Red River basin this spring, which is welcome news to those living in Manitoba.

Spring run-off will be minimal due to the dry soil along the Red River in North Dakota.

Forecasters are calling for slightly above normal temperatures for April and into May, but temperatures should adjust to a more climatologically normal pattern for the mid-spring season.

Manitoba will release its own spring flood outlook late next week.

— With files from the U.S. NWS