Walk in the Park Planned for City’s Black Dogs 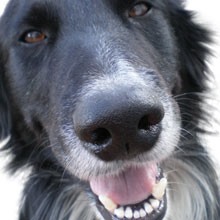 The Black Dog Club will meet at St. Vital Park on Saturday. (WHS)

Did you know there was a club for owners of black dogs in Winnipeg? Apparently so.

The WHS is putting out the call to all club members and their furry pals to come together and show off their black dogs and create some buzz for the club. Students from Red River College’s Creative Communications program will be filming during the walk for the upcoming IAMS 1001 Donations telethon on March 18.

The walk will make its way around the park as part of a set route between 11 a.m. and 1 p.m. Dog owners who don’t yet have their membership cards can pick them up at the walk and become part of the club.

Members will meet at the Duck Pond.