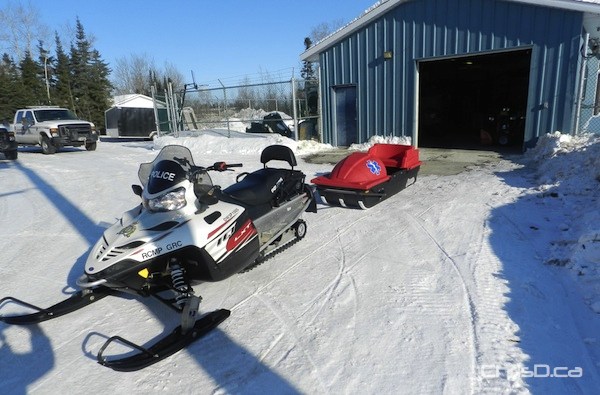 A rescue sled used by Cross Lake RCMP was vital in rescuing an injured snowmobiler earlier this week. (RCMP HANDOUT)

A 41-year-old snowmobiler from Cross Lake First Nation was rescued after a single-vehicle crash on Wednesday.

The man was travelling near Paupanekis Point shortly after midnight on the Nelson River south of Cross Lake when he hit a pressure ridge and was ejected from the snowmobile.

Cross Lake RCMP used a newly-purchased rescue sled to transport the man to a waiting ambulance. He was later flown to Thompson Hospital with undermined injuries.

RCMP say the rescue sled was key to ensuring a safe and speedy rescue operation.