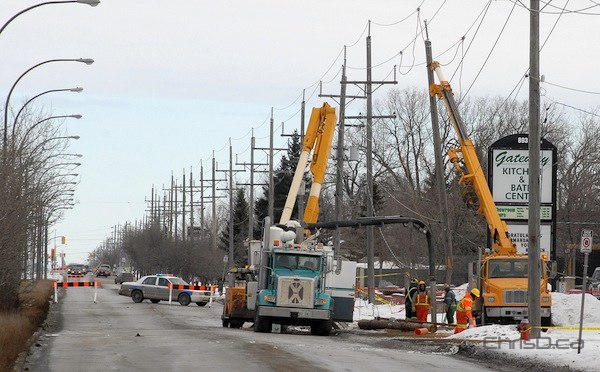 Work continues this afternoon on the repair of a hydro pole, which was hit by a vehicle early Friday morning.

Crews with Manitoba Hydro have spent much of the day on Gateway Road in East Kildonan to reattach fallen power lines. A vehicle hit the pole just before 4 a.m., according to Winnipeg police.

The collision forced the closure of Gateway between McLeod Avenue to Kimberly Avenue, as well as the intersections of Gateway and Antrim Road and Gateway and Tu-Pelo Avenue.

No injuries were reported in the crash.

Manitoba Hydro says power in the area has not been affected.