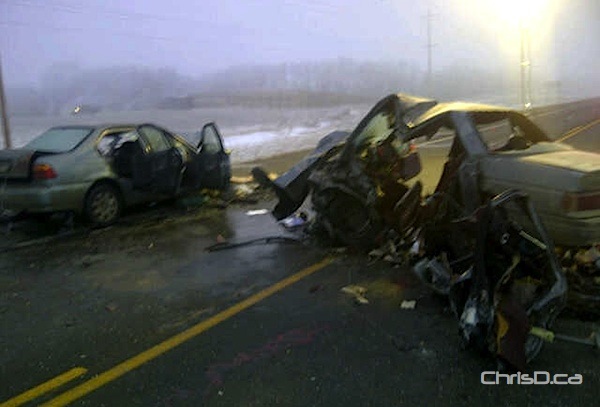 The crash happened shortly after 3 a.m. on Highway 10 in the RM of Oakland, about 1 km south of Highway 2.

RCMP are still working to determine the direction the vehicles were going at the time.

Alcohol has not been ruled out as a factor in the collision.