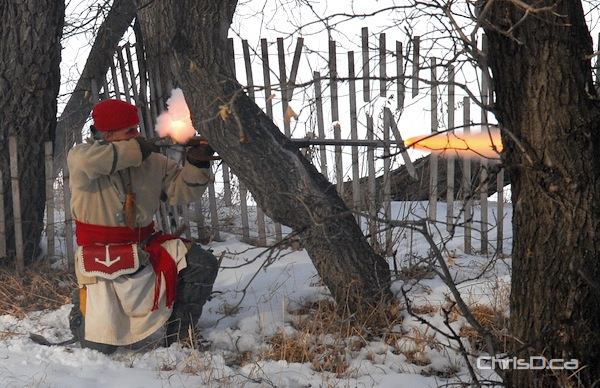 Muskets were loaded, orders were yelled and men assembled to prepare for battle at Festival du Voyageur on Sunday.

One of the popular attractions at Voyageur Park during the annual event is the Red River skirmish, where actors put on an authentic display of historical military tactics inside Fort Gibraltar. La Compagnie de La Vérendrye and the Forces of Lord Selkirk demonstrated how battles were fought years ago.

If you missed it, an encore performance will take place February 26 at 3 p.m.