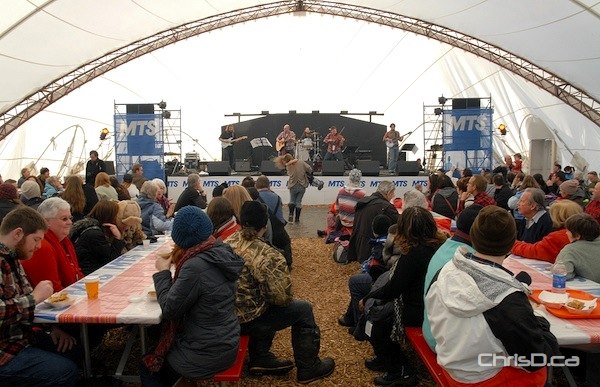 The Festival du Voyageur was presented with an Award of Excellence this past weekend at the Bal du Gouverneur.

Graham Fraser, Commissioner of Official Languages, presented organizers with an award for the Promotion of Linguistic Duality at the Fort Garry Hotel.

“As the largest francophone and winter festival in Western Canada, we work towards offering an unforgettable experience to all our visitors where French culture and language are celebrated in a welcoming and warm spirit,” said Festival president Geneviève Clément. “The French community in Manitoba lives its language and culture daily and Festival du Voyageur is proud of its role as a catalyst and unifying event, not only for the Francophone community, but the greater Manitoban community.”

The award recognizes individuals or organizations that are not subject to the Official Languages Act but that promote linguistic duality in Canada or abroad or contribute to the development of Canada’s official language minority communities.