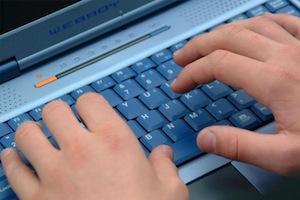 Winnipeg has placed 25th on a list of 50 Canadian cities most at-risk for cybercrime.

The data was released by Norton and compiled by research firm Sperling to uncover Canada’s top 10 cities that have the highest number of cybercrime risk factors. Several factors determined the rankings, such as cities with the highest number of computer infection rates. Researchers also looked at several consumer behaviours, from the prevalence of PCs and smartphones, to social networking and accessing potentially unsecured Wi-Fi hotspots, among others.

As mentioned, Winnipeg was 25th this year (down from 19th in 2010), and placed between Richmond, BC and Abbotsford, BC.

Norton suggests consumers use secure Wi-Fi hotspots, and only use a secure network to make online purchases, or conduct banking. They also recommend using a complex and unique password for each site you frequent, and to stay educated on the latest online threats and vulnerabilities.