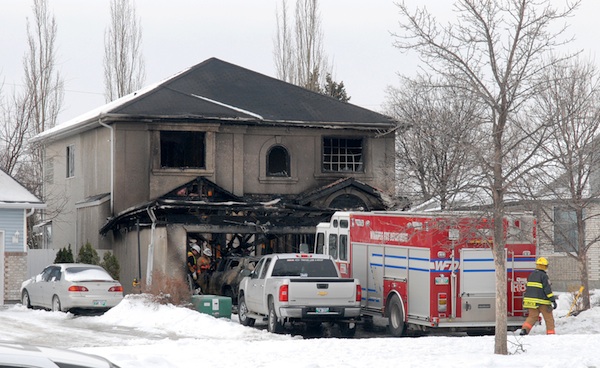 WINNIPEG — No one was injured in a North Kildonan house fire that broke out shortly after 6 a.m. on Thursday.

The fire began in the attached garage of a home on Chernichan Drive, which spread to the main structure.