Flurries Move Out, Clear Skies to Begin the Week 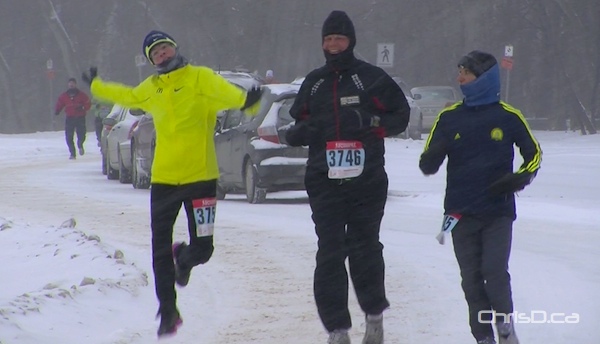 Runners frolic in the snow on Sunday, February 26, 2012 during the 10th annual Hypothermic Half Marathon as it winds its way through Assiniboine Park. About 600 people were registered for the run, which ended at FortWhyte Alive. The same system that brought snow to the Prairies over the weekend has pushed its way eastward, making for clear skies as today progresses. Environment Canada is calling for a high of -12°C with light winds. (CHRISD.CA)