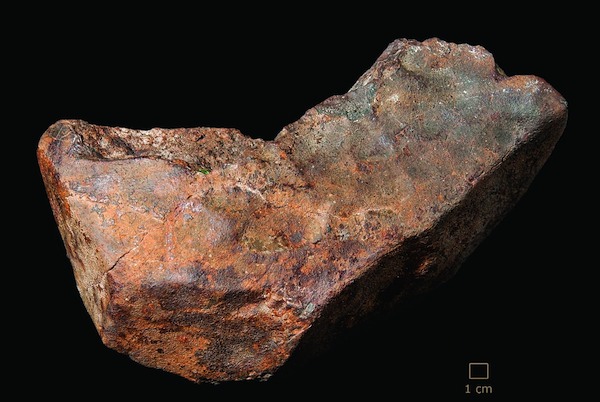 The biggest meteorite ever found in Manitoba will go display at the Manitoba Museum on Wednesday.

The 8.3 kilogram space rock, which is approximately 4.5 billion-years-old and the size of a football, will be displayed in the Science Gallery’s Space Rocks exhibit.

“When I first found it, I brought it home and said to my wife, ‘I found a meteorite,’ just as a joke,” said 65-year-old Elm Creek resident Tom Wood, who made the discovery. Now retired, he found the heavier-than-usual rock in autumn 1997, while working as a grader operator for the RM of Grey. He used it to prop up his garage door for the next four years.

“It is older than any rock on the surface of the earth. It would have formed back before the planet Earth solidified,” said Scott Young, manager of programs for the Science Gallery and Planetarium. Young says the meteorite likely originated in the asteroid belt between Mars and Jupiter, and fell to earth thousands of years ago.

“We get about one rock a week coming into the museum and we’ve never had a real meteorite come in the door since the place opened. That’s how rare they are.”