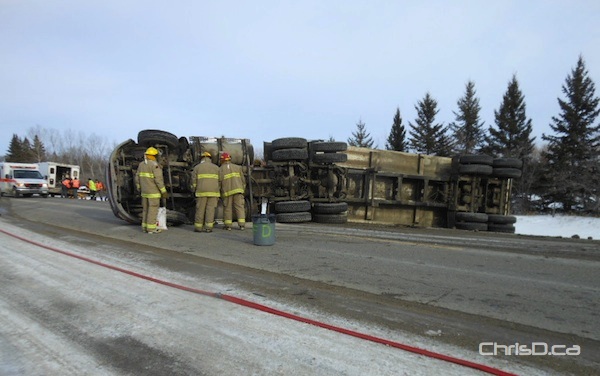 A semi-trailer truck rolled on Highway 9 after trying to avoid another vehicle on Wednesday, February 29, 2012. (RCMP HANDOUT)

A single-vehicle rollover involving a semi-trailer truck had Highway 9 closed for several hours on Wednesday.

RCMP say the accident happened just before 4 p.m. about three kilometres south of Manitoba Avenue. The driver of the semi reportedly swerved to avoid another vehicle in the road when the truck tipped, spilling a load of dirt on the highway.

The highway was closed for about two hours while the scene was cleared.

The driver of the semi suffered only minor injuries in the crash.