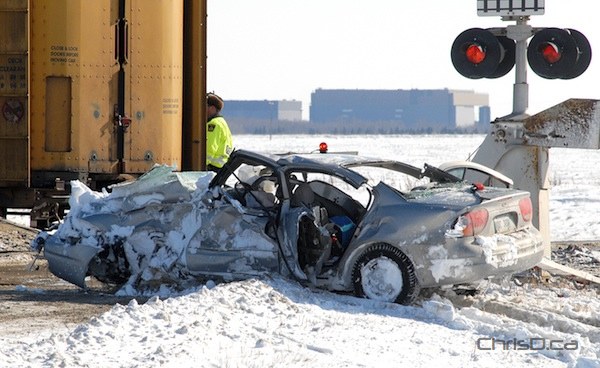 A crash between a car and a train at Sturgeon Road and Inkster Boulevard sent one man to hospital on Saturday, March 3, 2012. (STAN MILOSEVIC / MANITOBAPHOTOS.COM) 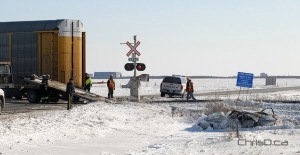 Emergency personnel work at the scene of a train-car accident on Saturday. (STAN MILOSEVIC / MANITOBAPHOTOS.COM)

One man was sent to hospital Saturday afternoon after his vehicle hit a train at Sturgeon Road and Inkster Boulevard.

The crash happened around 1 p.m. when the Oldsmobile Alero travelling southbound crashed into the train. The crossing was controlled with an arm, which was down at the time.

The vehicle was dragged for about 20 metres down the CP track.

The driver is being treated at the Health Sciences Centre for undetermined injuries.