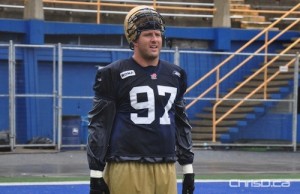 The camp will be open to any athlete who received funding from KidSport to play football in 2011.

“This is a great opportunity to continue to give back to the community and serve as a role model to Winnipeg’s aspiring young athletes,” Brown said in a release. “It also gives these kids the chance to learn some of the finer points of football from professional athletes, which is something that not many ever get the opportunity to do.”