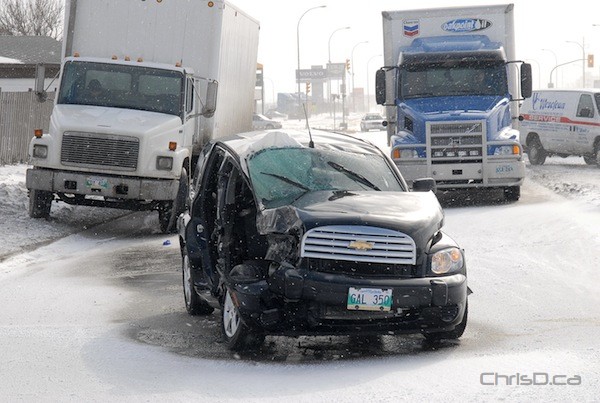 A car was badly damaged in a two-vehicle crash involving a truck on Route 90 at Selkirk Avenue on Thursday, March 8, 2012. (STAN MILOSEVIC / MANITOBAPHOTOS.COM) 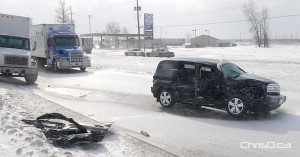 One person was sent to hospital after this crash on Route 90 at Selkirk Avenue on Thursday morning. (STAN MILOSEVIC / MANITOBAPHOTOS.COM)

Two people were sent to hospital in unstable condition after a two-vehicle crash on Route 90 Thursday morning.

The crash happened at about 9:30 a.m. between Selkirk Avenue and Oak Point Highway.

Winnipeg police closed part of the roadway while investigating the collision between the car and a truck.

The occupants of the vehicle have since been upgraded to stable condition.

No word on what led to the accident, but road conditions were poor at the time.