Home » News » Photo Shows Katz on the Phone While Driving

Photo Shows Katz on the Phone While Driving 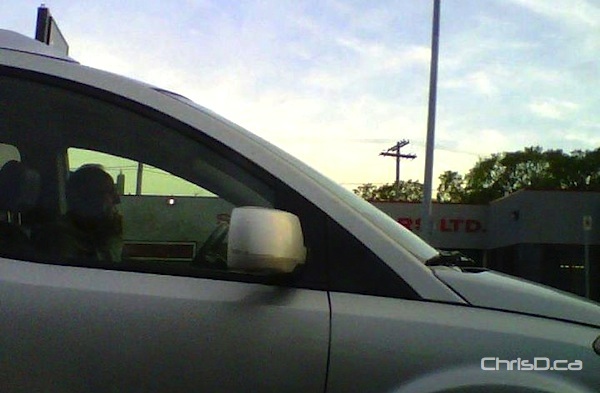 A photo is making the rounds that appears to show Mayor Sam Katz driving while talking on his cell phone. (SUBMITTED)

A photo surfaced Thursday which appears to depict Winnipeg Mayor Sam Katz talking on his cell phone while driving.

The photo — sent to ChrisD.ca and other local media — shows Katz driving in the 800 block of Notre Dame Avenue across from Simcoe Motors Ltd. in his Nissan Quest minivan.

The undated photo doesn’t seem to be recent, as there are leaves on the trees in the background.

The fine for talking/texting behind the wheel is $199.80.

UPDATE: In an interview with CJOB, Katz said the photo was taken while parked, but it’s anywhere from a year and a half to three-years-old. “It’s not my best side,” Katz said. The mayor also said he no longer drives that vehicle and now uses a handsfree device. A spokesperson for the mayor confirmed Katz’s comments in an e-mail.