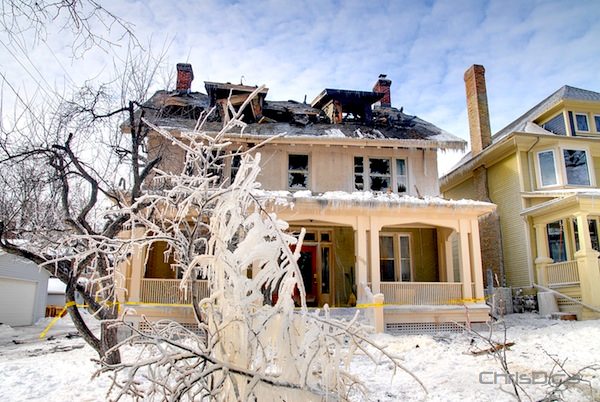 Damage is estimated at $500,000 in a fire that destroyed a home in Winnipeg's Wolseley neighbourhood. The fire at 106 Ethelbert Street began at around 4 a.m. Crews worked for several hours to contain flames, which could be seen shooting out of the windows from the two-storey house. Everyone inside made it out safely, but one man was taken to hospital with burns. A cause of the fire hasn't been determined. (STAN MILOSEVIC / MANITOBAPHOTOS.COM)