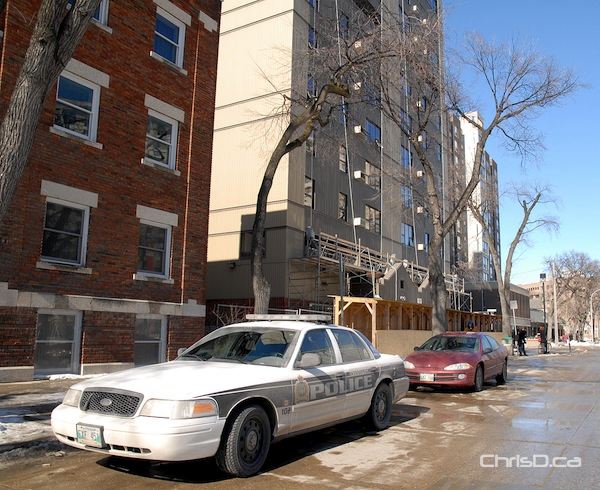 A Winnipeg police cruiser sits outside an apartment building in the 400 block of Edmonton Street on Saturday, March 10, 2012 after a woman was found deceased in a suite. (STAN MILOSEVIC / MANITOBAPHOTOS.COM) 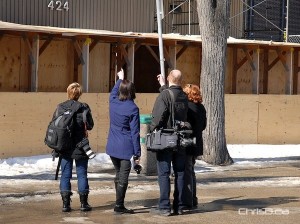 Media gather outside an apartment on Edmonton Street Saturday where a woman was found deceased. (STAN MILOSEVIC / MANITOBAPHOTOS.COM)

Winnipeg police are investigating a homicide after a woman was found deceased in an apartment suite Friday evening.

Police say the 38-year-old woman had upper body injuries when they arrived at about 7:50 p.m. to a building in the 400 block of Edmonton Street.

The cause of death hasn’t been determined and investigators are conducting interviews.

No arrests have been made and autopsy results are pending.

UPDATE: Sunday, March 11 — Police have identified the victim as Belinda McKay of Winnipeg.

UPDATE: Thursday, March 15 — The woman’s boyfriend, Lenny John Keam, 27, has been charged with second-degree murder and remains in custody.