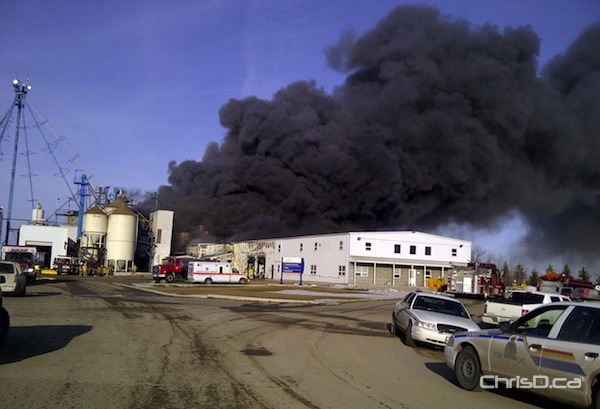 A working fire is currently being fought at the Glanbia Nutritionals flax plant in Angusville, Manitoba.

No injuries have been reported and the Manitoba Office of the Fire Commissioner is en route to assist with the investigation.

Angusville is about 340 kilometres northwest of Winnipeg near Russell.