Home » News » Firefighters Camp Out to Fundraise for Muscular Dystrophy

Firefighters Camp Out to Fundraise for Muscular Dystrophy 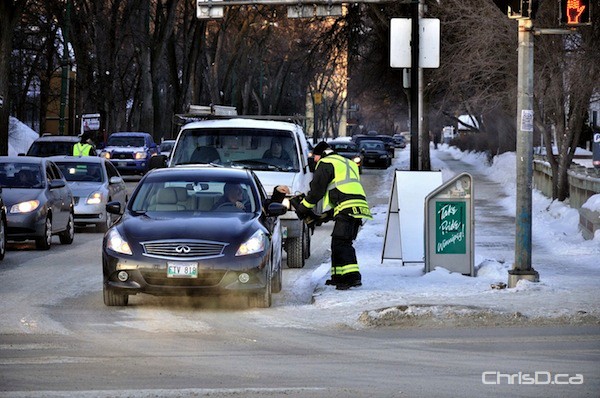 A firefighter collects a donation from a motorist in rush hour traffic on Osborne Street in this February 2011 file photo. (MARC EVANS / CHRISD.CA)

Winnipeg firefighters will camp on the roof of the Osborne Street firehall for a third year in a row starting today.

The annual camp-out is to raise awareness and funds for Muscular Dystrophy Canada. Last year, firefighters raised close to $30,000 during the nearly week-long campaign.

Four firefighters will be hoisted up at 10 a.m. by an aerial ladder, where they’ll remain until Friday, March 16. While on the roof the firefighters will be accepting donations for Muscular Dystrophy. The public can stop by and make a donation in the bucket, which will be pulled back up to the rooftop. On Wednesday, Thursday and Friday, a “road toll” will take place, where drivers can make donations from their vehicles between 7 a.m. and 10 a.m.

“(I) can’t believe the support we are already receiving from the public,” said firefighter TJ Belluk. “The generosity is amazing — and it is so important to help families affected by Muscular Dystrophy, it can be a very devastating disease.”

This year, instead of hanging out in a tent all day, the firefighters will be a little more active. They will receive pedicures today, learn yoga on Wednesday, and decorate cupcakes on Thursday.

The campaign will be in direct competition with Brandon and other cities across Western Canada. To learn more or make a donation, visit the official Facebook page.