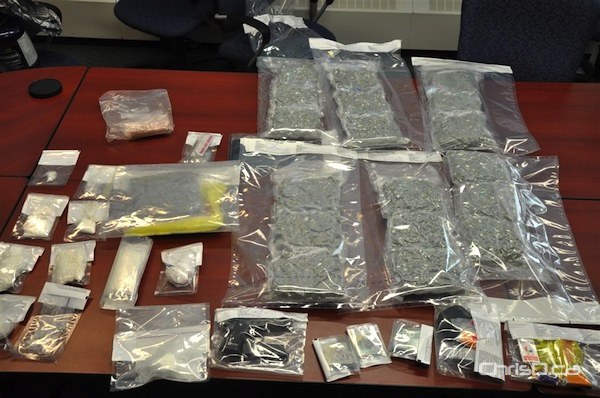 Marijuana and other drugs were seized from a Winnipeg home and restaurant on March 8, 2012. A man and woman face numerous drug-related charges. (RCMP HANDOUT)

RCMP have arrested two people in connection with alleged drug trafficking and possession in Winnipeg.

Officers with several units executed search warrants on a Jefferson Avenue home and a restaurant in the 500 block of Sargent Avenue on March 8.

Approximately 10 pounds of processed marijuana was found inside the home at the time of the search, along with six ounces of cocaine, ecstasy, crystal methamphetamine, and a quantity of Canadian currency. Police estimate the value of the items found to be more than $35,000.

Trung Ngoc Truong, 26, and Thi Thu Tran, 48, both of Winnipeg, face several drug-related charges, including possession for the purpose of trafficking.

Truong is being held in custody pending a future court date, while Tran was released on a promise to appear.