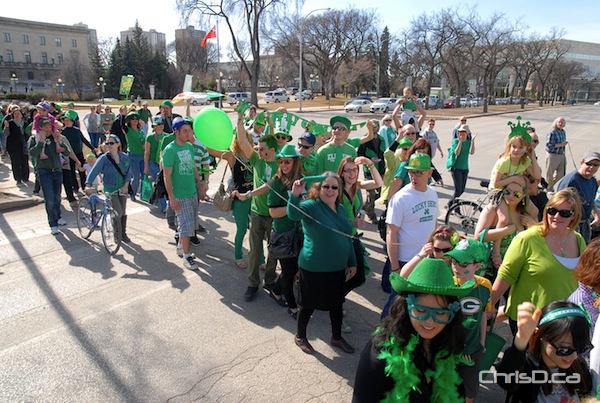 People met at the Manitoba legislature around noon to congregate and show off their wares before heading east down Broadway toward Carlton Street. Once there, many revellers descended upon Shannon’s Irish Pub to continue the celebrations, while the younger parade-goers continued through the city’s downtown.

The parade was organized after similar St. Patrick’s Day events in the United States.