Home » News » Spring Arrives to Catch Up with Balmy Weather

Spring Arrives to Catch Up with Balmy Weather 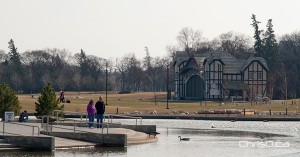 People enjoy the last day of winter at the Duck Pond at Assiniboine Park on Monday, March 19, 2012. (STAN MILOSEVIC / MANITOBAPHOTOS.COM)

The calendar may officially say spring, but after several days in a row of record-breaking temperatures, Winnipeg has been basking in spring-like weather for more than a week.

In fact, the city broke yet another record on Monday — the last day of winter — by reaching 23.7°C and surpassing the daytime high of 18.9°C set in 1938. It also marked the warmest March ever on record. 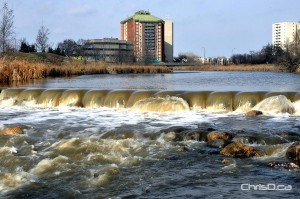 Although, these stellar temps shouldn’t come as a complete surprise to Manitobans, especially since The Weather Network predicted it in their spring outlook released on March 5.

“Above normal for southern areas of the province, including Winnipeg,” the private weather broadcaster said, adding it would be “near normal elsewhere.”

Here’s how Winnipeggers decided to take advantage of the weather this past weekend:

So, what exactly is behind the mass of warm air hovering over the Prairies?

“A very large area of high pressure rotating clockwise like a giant pinwheel is centered over the US east coast,” said Patrick Cool, a meteorologist at The Weather Network.

“Being to the west of this pressure feature means winds blow from the south. In this case, coupled with the remarkable size and stationary characteristics of this high pressure system, warm air is being pumped northward all the way from the southern Gulf States. This weather pattern is more reminiscent of the summer months than the end of winter.”

The good news is that the warm air will continue, at least for the early parts of the season before levelling back off to seasonal temperature values.

While spring may have officially sprung, Manitobans shouldn’t pack away their winter boots too tightly. According to Cool, Winnipeg sees an average of 10 centimetres of snow in April and an additional one centimetre in May.

It’s too early to say whether this spring warmth will set the stage for an above seasonal summer, but Cool adds seasons themselves are often polar opposites from start to finish.