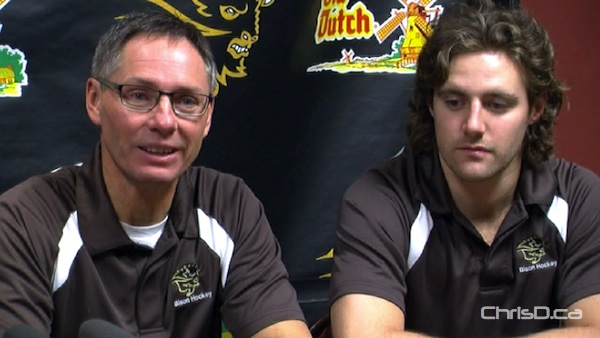 Two players from the University of Manitoba Bison men’s hockey team have been selected as 2011-12 CIS Second Team All-Canadians.

Bisons Blair Macaulay, 23, and Jeremy Schappert, 23, earned the honour on Wednesday, as named at the All-Canadian Gala in Fredericton, NB.

“Both players had award-winning seasons and we congratulate them on their recognition that reflected the success of the Bison Hockey program during the 2011-12 campaign,” said head coach Mike Sirant.